GZJ: I understand that you have filed a lawsuit against the DEA.

SA: Yes, two patients, the AIMS Institute, and myself are the plaintiffs of this lawsuit. We applied to the DEA for permission to buy psilocybin from a company that manufactures it under government licence for research purposes. Patients have the right to get it, because there is a federal law in the US called Right To Try. This is also enshrined in state laws in Washington and 44 other states.

According to this law, people with serious life-threatening illnesses have the right to use any drug that has completed at least the first phase of the FDA’s clinical trial process for approval of new drugs and has been shown to be safe. People with serious illnesses can’t wait for a new drug to be approved. So this law is for those patients, and if the company that makes the medicine says yes (and they have the right to say no), then you can get it through your doctor. There are no exceptions for such drugs, whether they are controlled substances or not.

A number of hallucinogens are currently being tested in clinical trials. Pscilocybin, in particular, is showing a lot of positive results and is not only in phase 1 and phase 2 but is proceeding to phase 3. But the DEA rejected our application and said that they did not have to follow the Right To Try law and that they would never allow us to use psilocybin for treating patients other than in research. So we decided to sue the DEA.

My lawyer consulted with a law firm, and after reviewing the case, we concluded that the DEA had misread the Right To Try law and that the application should be approved, so we filed a complaint with the United States Court of Appeals for the Ninth Circuit on the West Coast, which has higher authority than the DEA. The court took up our case and requested us to prepare written arguments. The government also filed written arguments. Then there were amicus briefs; various people filed arguments in support of us. There was no one who filed a brief supporting the government, they were all on our side.

GZJ: I understand that Dr Griffiths also supported you?

SA: Yes, Dr. Roland Griffiths. He’s been a supporter. And his colleague, Dr. Matthew Johnson, both of whom are researchers at Johns Hopkins. Dr. Johnson is a clinical psychologist who specializes in psychopharmacology, and I met him a long time ago when he presented a study on the use of psilocybin to help people quit smoking. Just yesterday he announced that he had received government funding for a clinical trial using psilocybin to treat tobacco addiction. Not only has he been given permission to conduct clinical trials, he has been given permission to use taxpayers’ money to do so. So the government is saying that this research is worth the taxpayers’ money, but at the same time they are saying that no, it is too dangerous to prescribe this to patients. It is also unacceptable to use it in patients with terminal cancer. It’s a mess, and the DEA is an island unto itself. So we asked the court to intervene.

In fact, in addition to the leader of our legal team, there was another lawyer who spoke for us. The Attorney General of the State of Washington. The attorney general represents all the people of Washington State in these cases. For example, when Trump tried to impose travel ban on Muslims, he stood against it, and he has repeatedly worked to protect the rights of Washington State residents. They supported us in our court case, saying that because the Right To Try law is also a Washington state law, and a law that was unanimously enacted by the state legislature, we support the right of doctors to ask for what patients need on their behalf. We have eight or nine other state judiciaries that have come on board.

So we have a coalition of justices from several states, experts like Dr. Matthew Johnson, leading researchers, leaders in the palliative care community, hospitals, law professors, and many other allies. We hope that the courts will listen to them and that the DEA will approve the prescription of psilocybin so that it can be used by others for the same purpose as well.

GZJ: What is the difference between the Right To Try law and the Compassionate Use Act?

SA: The Compassionate Use Act is a system run by the FDA, and it is basically an extension of clinical trials. If someone says they want to use a drug that is in clinical trials, the FDA will say, well, write to us and we’ll consider it. It’s a good system in theory, but in practice it’s not easy to get drugs available and it takes time. The Right To Try law removes this complexity and makes it simpler. It is not in competition with Compassionate Use, but provides a faster route of access for patients with life-threatening conditions. It’s the same as an entry visa. The idea is to make a normally time-consuming process quicker when necessary. Another difference is that the Right To Try law is not a part of the drug development process: the FDA can request data for this drug, but it cannot use it to judge that medicine. Although some have voiced concerns that this legislation infringes on the FDA’s authority, this is not the case. This is just to make it easier for patients who are dying to get access to drugs. 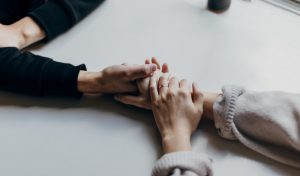 GZJ: Are the two patients who are plaintiffs terminally ill (terminal) patients?

SA: Yes, they are. But we don’t use the word “terminal” very often. We are an experimental clinic. The term assumes that we know everything, but — the data from the standard care says that the survival rate at five years for this type of metastatic breast cancer is about this, so it is terminal. Or even if there is no approved treatment. But does the data apply to integrated or complementary therapies? We don’t know, do we? When we say “terminal”, do we mean two years? Three years, one year or six months? We don’t know. That’s why I prefer the term “life-threatening” or “serious” disease.

One of the plaintiffs has stage IV triple-negative breast cancer which is difficult to treat. The other has ovarian cancer, stage III, which is now under observation, but it has already recurred before, and it is a very aggressive cancer with a mutated BRCA gene. So I think they both meet the criteria for this law to apply to them. The state law leaves that decision to the doctor. Doctors are already making the decisions about who should get hospice care. The same is true for Aid In Dying laws, which are now enacted in many states. It gives the patient the right to make the decision to take a lethal drug and to decide when to do it. But only if the doctor decides that the patient has less than six months to live. So the doctor is already making that sort of big decision.

GZJ: Was it the choice of the two patients themselves to try psilocybin? Had they also tried ketamine before?

SA: Yes. There are a lot of patients who want to try psilocybin, but I chose these two patients because I was seeing them directly and because they both have a desire to help advance the field — cancer treatment and integrative medicine more broadly. None of this was possible without their willingness to go public with their private medical issues. Yes, they had been pursuing care with us that was associated with a sort of psycho-spiritual oncology care with ketamine and psychotherapy.

GZJ: One last question, if someone with an addiction issue from Japan came and stayed for a few weeks and had a few sessions of ketamine-assisted therapy, would there be any chance of curing the addiction?

SA: Very likely. There was a clinical trial in New York with cocaine addicts and it showed that it was very effective. Of course, you need to have detailed information and pre-screening about the severity of the disease and whether the person is willing to receive treatment, etc., and I think you need support in other ways as well being so far away from home, but AIMS has an addiction treatment centre in the same building and we work together.

GZJ: Well, that’s very promising. I am looking forward to the outcome of the lawsuit. Thank you very much for your time today.